This is part of a series of posts I’ve been doing on relationships built over the course of three mission trips to Belize with my church.  We are in a long term relationship with a church in Belmopan, and each time we visit we work to facilitate the missions and ministries already in place within their community.  To read more about my experiences in Belize, you may visit here.

While in Belize, I helped with the kids’ ministry.  As usual, God put me in a place of complete awkwardness and unpreparedness and completely blew my mind through the process.  My friend Nina and I were in charge of the four to six year old age group – named the HOT TAMALES! on the first day because of our team’s red shirts and bandannas.  I think our group was pretty legendary because of their antics and general enthusiasm for life; one Hot Tamale in particular, though, stole my heart.

Obi was only two years old, and he showed up out of nowhere on our second day of camp.  No one knew where he had come from or who his family was.  He didn’t speak any English, so those of us who spoke Spanish had to make sure he was okay with what was going on (or at least as okay as a two year old can be when he’s in a weird environment like an American-led Bible camp for kids who are much older than two).

When he arrived, Obi had on a humongous baseball cap that eclipsed his face.  When he was sitting and I was standing, I couldn’t see his little face at all.  Once when I knelt down to check on him and fill him in on what we were doing next, I realized the reason for his stillness: he was nearly asleep.  His little head was bobbing and his eyes were fluttering and it was all he could do to stay upright in his chair.  I picked him up, reassuring him that everything was okay, and tried to set up a place for him to take a nap.  “If he’s this sleepy,” I reasoned, “a nap is more important than a Bible lesson.”  Another counselor and I pulled some chairs together and grabbed a pillow and some towels to cushion him.  I carried him around for awhile, trying to reassure him, his head weighing heavily on my shoulder and his arms draped around my neck.  I asked him repeatedly who his family was…if his mom or a brother or sister were there.  All he would say was “Andy.  Andy.  Andy.”  With the help of an older Belizean girl, we found him.  Andy, Obi’s older brother, about ten years old.  When I asked Andy (whose name is actually Andre) if it would be okay to lay Obi down somewhere to sleep, he shrugged and went back to his group’s activities, clearly not wanting to be bothered.  I carried Obi away, back to his makeshift cot, more than willing to be “bothered” by this child who needed someone to hold him.

Once I gave him his snack, though, he woke up and was ready to go.  (What kid isn’t recharged by a pouch of animal crackers?)  We headed outside with the rest of our group to play with bubbles, Obi eagerly rejoining the rest of the kids.

I was put in charge of distributing the bubbles to the kids. (While it sounds simple enough, this is a simultaneously exciting and terrifying venture.  Bubbles make you the most popular person in the world with those kids and, inevitably, a riot will ensue).  Once everyone had a bottle, I went looking again for Obi and found him under a large shade tree with some other kids.  As we all stood littering the air with bubbles, I noticed a pool of water around Obi’s ankles.

“Oh, no…not again…” one of the other counselors said, and whisked him away to rinse him off.  At two years old, Obi did not have a diaper or underwear on under his shorts and had wet his pants then for the third time since arriving at camp.  Seeing that it was going to be a long day, someone rounded up a diaper for him and got him better equipped to face the day while his clothes dried.

As we continued with our activities, though, Obi had a little fit.  He was crying and pointing at the diaper, clearly not understanding something.  As I watched and listened, one of our Belizean counselors explained how diapers work: “It’s okay, honey.  See?  The water didn’t fall.  The diaper caught it.  You’re not wet.  It’s okay!  That’s what the diaper is for!  It’s supposed to do that!  You can go potty in there and it won’t make a mess.  It’s okay…it’s okay…it’s okay…”

And then, he was fine.  More than fine, even, as he realized that this weird thing they’d put on him was actually pretty fascinating.  The longer he wore the “Pamper” (as they called it), the more poofed up it got (as diapers do, you know).  He absolutely loved it.  He’d sit thwacking the crotch of the diaper over and over, bewildered by the squishy white texture and clearly amused by the way it felt.

I had to laugh, and I’ve laughed each time I’ve told this story since then.  It makes me stop and think, though, too.  It’s funny, but it’s sad.  This two year old boy didn’t know or understand the concept of a diaper, which just begged the question:  What has he been doing – what has he been wearing – all this time?  And today, back at home…what is he wearing?  Anything?

Cute little Obi didn’t come back for camp any more, which is probably a good thing.  I think the whole thing was kind of overwhelming for him, and besides…if he had come back, he’d surely have stolen more of my heart. 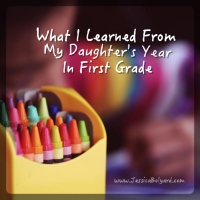 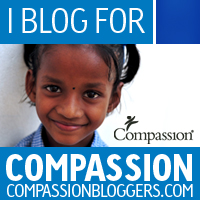 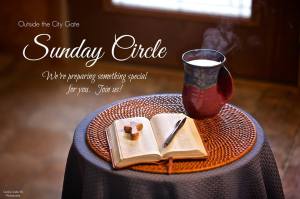